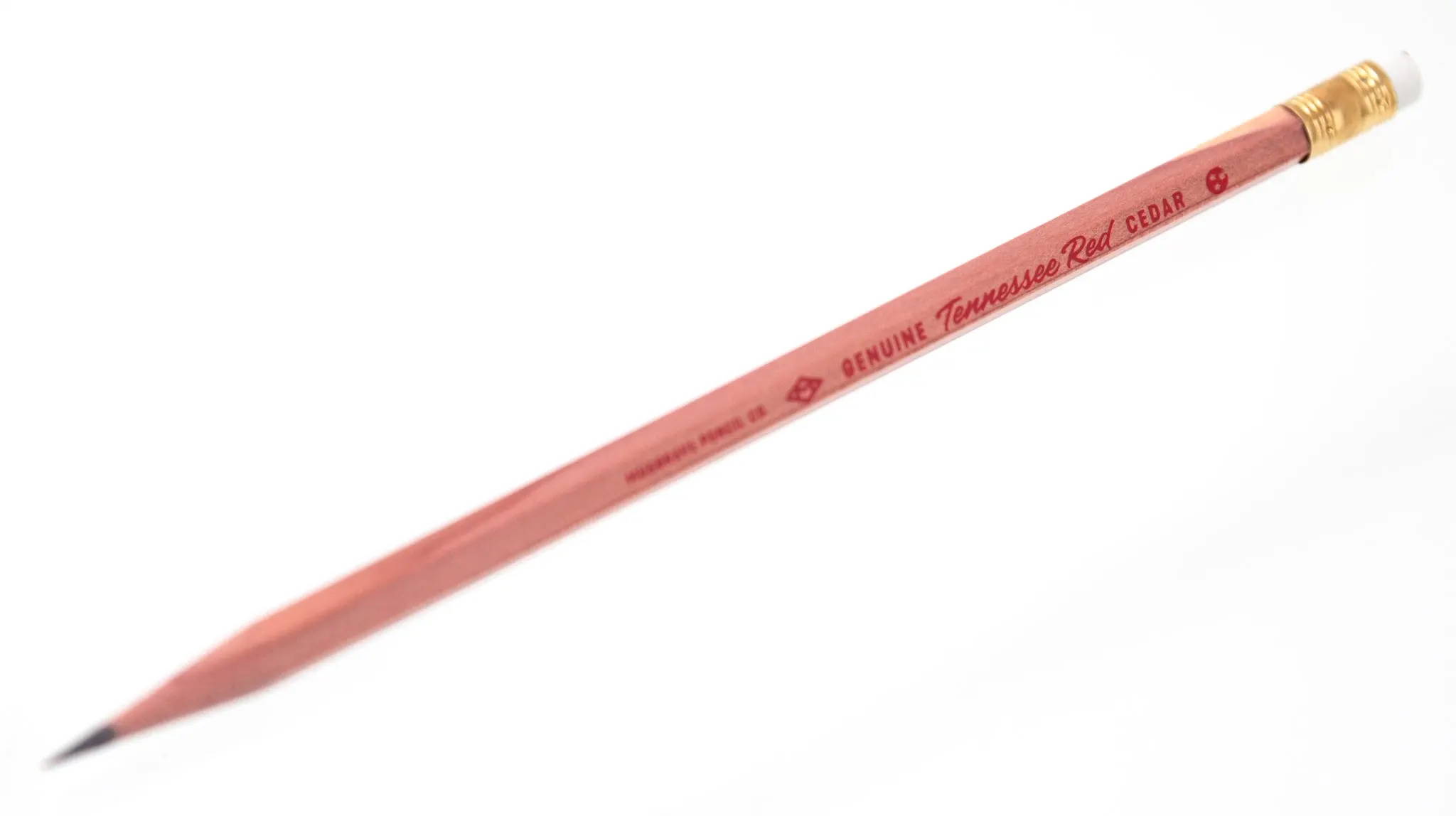 The Making of The Tennessee Red™ Pencil

Our Tennessee Red™ pencils have received an overwhelmingly positive reception for their look, feel, and most notably their incredible scent!

This post highlights some of the production ups and downs that come with experimenting with a classic wood - Eastern Red Cedar - in a modern pencil.

The History of our Tennessee Red™ Pencil 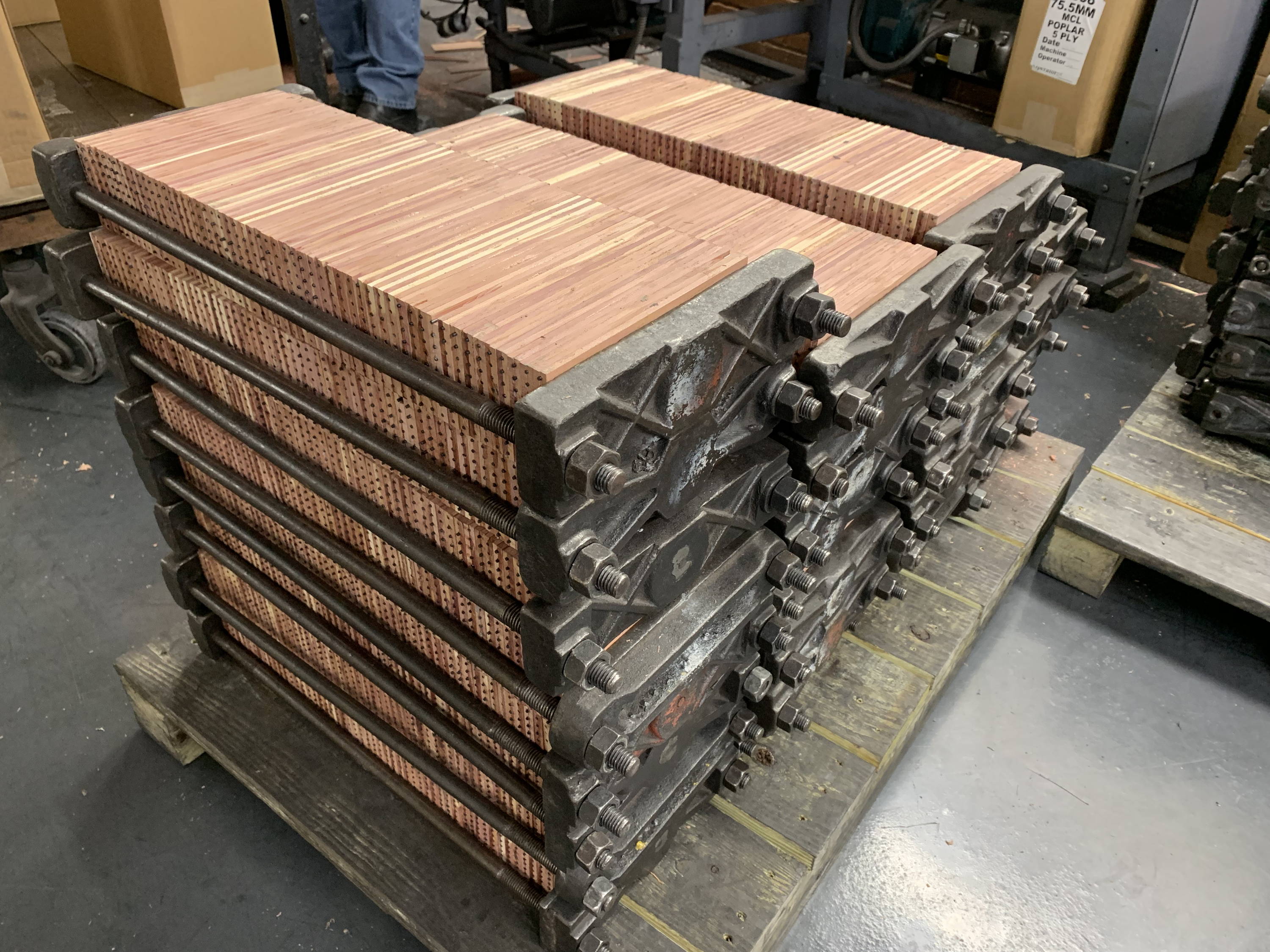 And as Musgrave fans already know, it was what our founder James Raford Musgrave originally used in our pencils. As our company history shares, Colonel Musgrave would swap old, dried-out fence boards from farmers for metal fencing, using the perfectly dried wood as pencil slats.

But fast-forward to the '60s and '70s — we phased out cedar pencils made from Eastern Red Cedar and replaced it with the more abundant and easier to use California Incense Cedar. And while today Musgrave is able to work with a handful of different varieties of wood from all over the world, we had never worked with the original Eastern Red Cedar until now!

Select images and video images from the pencils in production 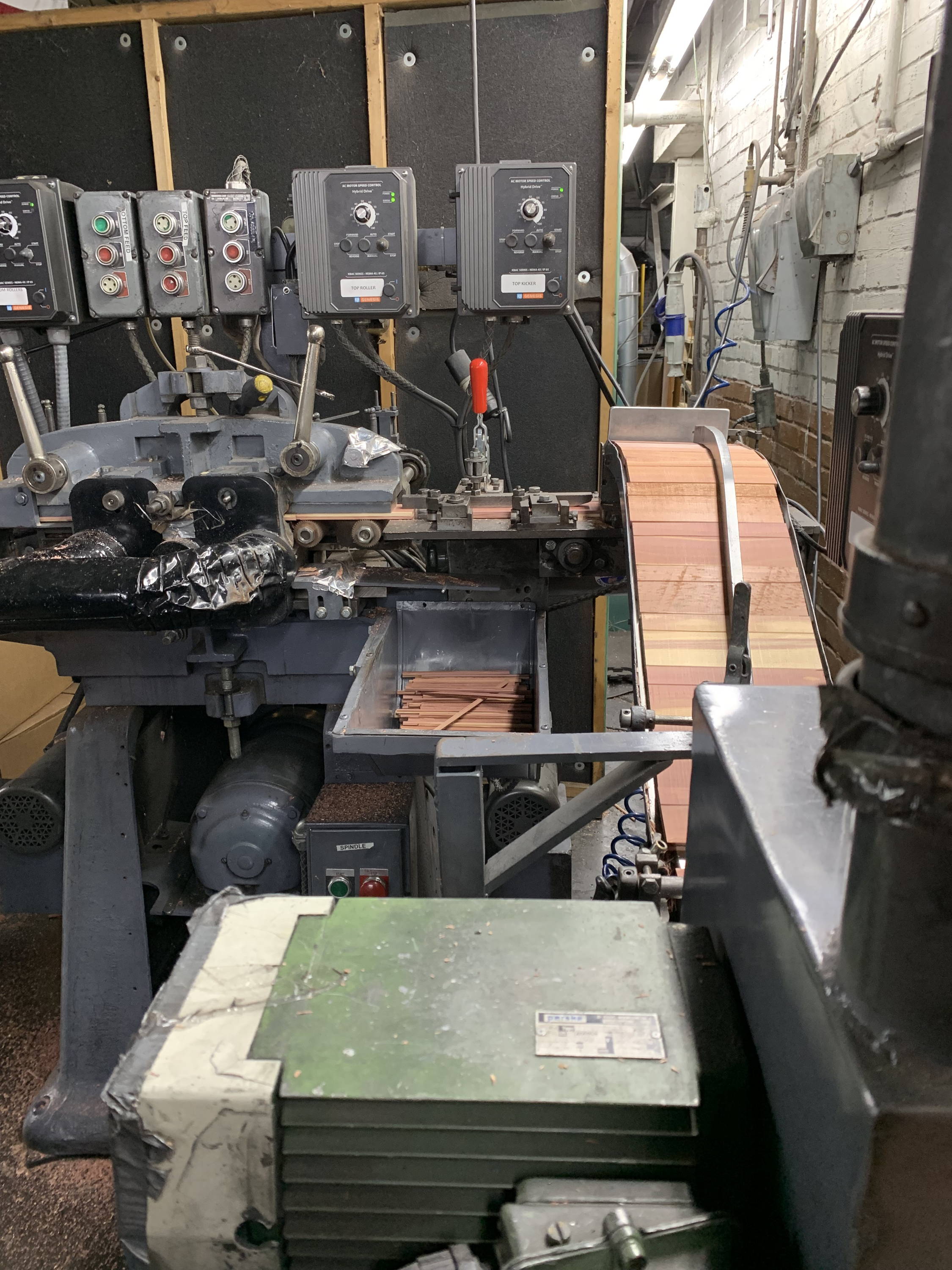 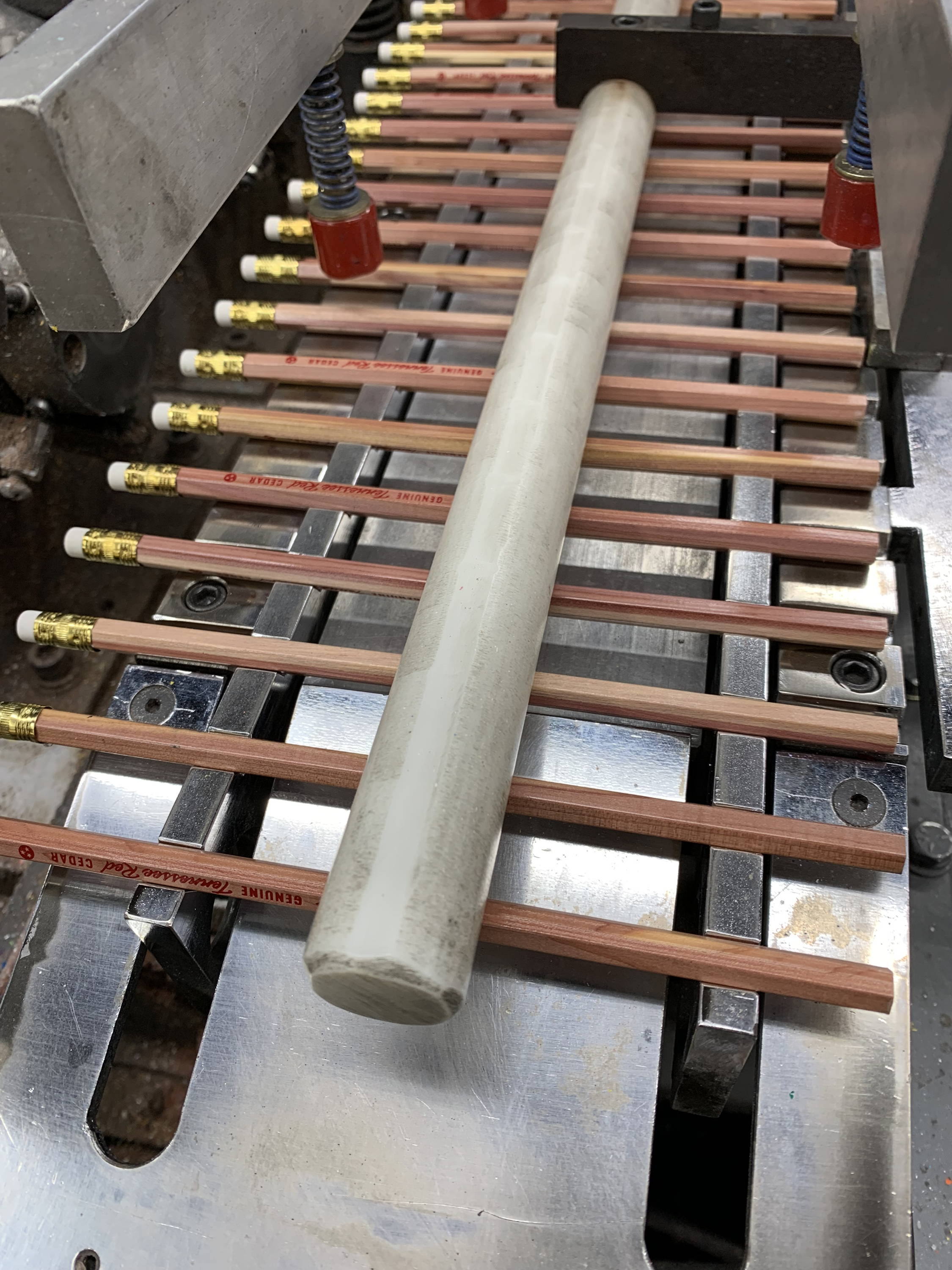 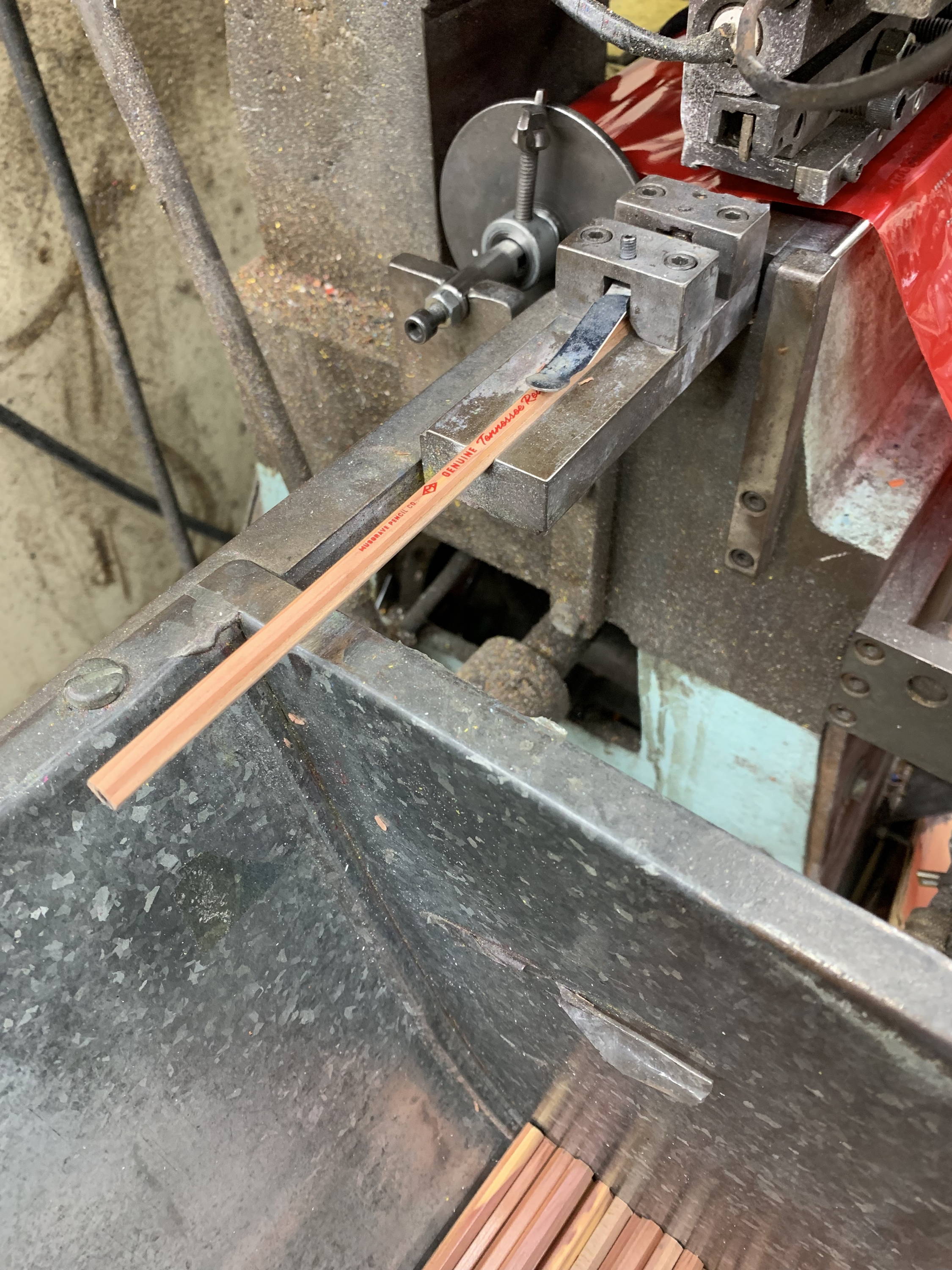 The idea for pencils made from Eastern Red Cedar was something our management team had been wanting to bring to life for years. Once we secured slats, we put them through testing and decided to move forward with production.

Ironically, those who had the institutional knowledge of working with this wood were long, long retired, giving us a learning curve when we put them back through our machines. We appreciate the irony that using “Pencil Cedar” required on-the-job training!

Most of our reviews of this pencil have been overwhelmingly positive, but it hasn’t been immune to production challenges. Getting the pencil slats uniform is ideal for running them through the machines, but this was difficult as our supplier wasn’t used to prepping slats for pencils. For perfectly aligned cores, it’s crucial that each slat is cut perfectly symmetrically. As such, you may notice in your packs some slightly off-center cores. This won’t affect the ability of these pencils to write beautifully or to sharpen. But we do note that if perfectly aligned cores are of the utmost importance to you, this pencil may not be your best choice.

Other details that make this pencil a little different than your off-the-shelf pencil is that we find this pencil sharpens better in an electric sharpener instead of hand sharpening. Finally, some pencils have an ever-so-slight arch, barely noticeable to an untrained eye, because this kind of cedar has a slight warp when dried. While most buyers won’t catch these kinds of nuances, we want to note these little details for the pencil aficionados who may take notice. 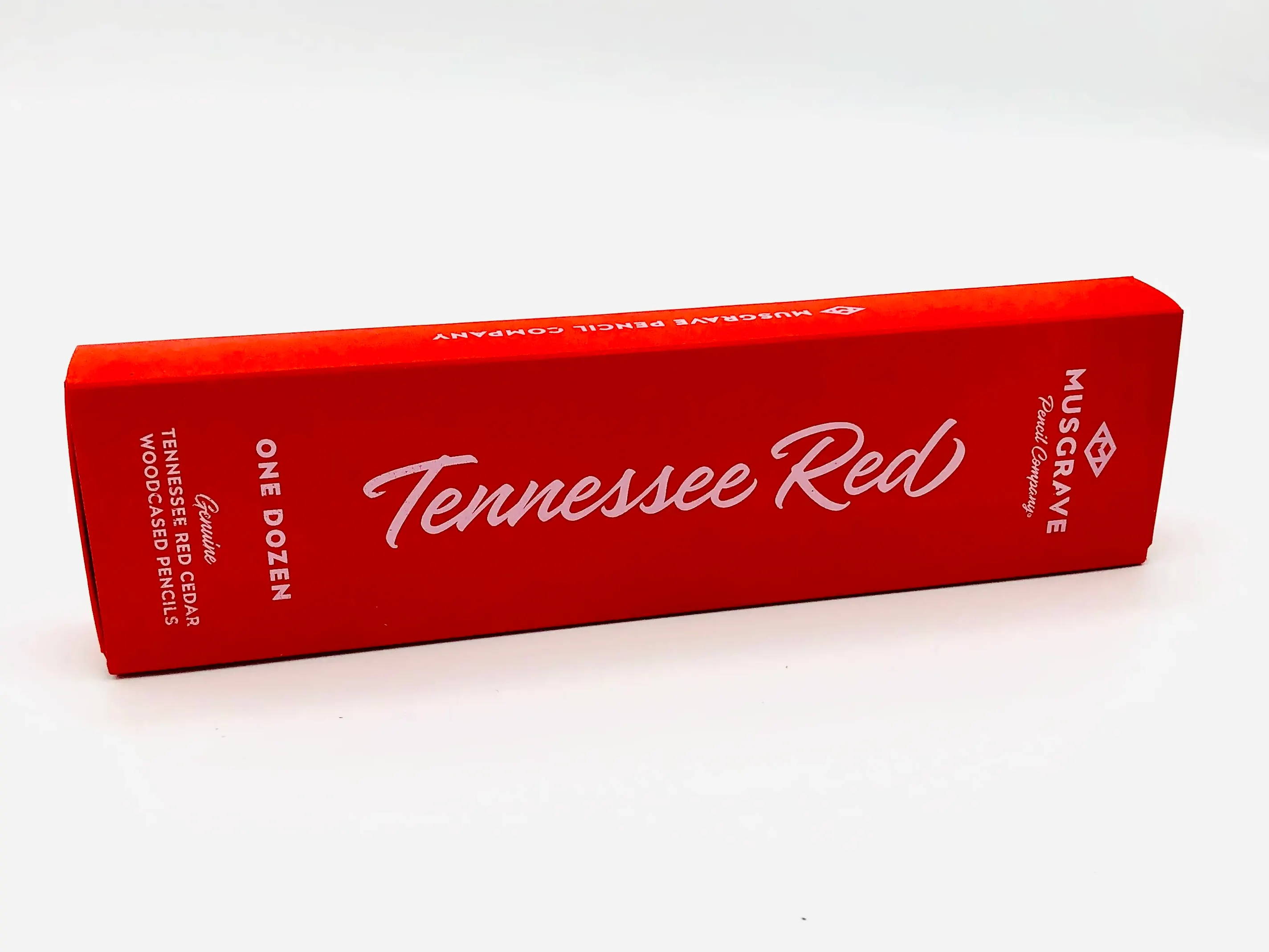 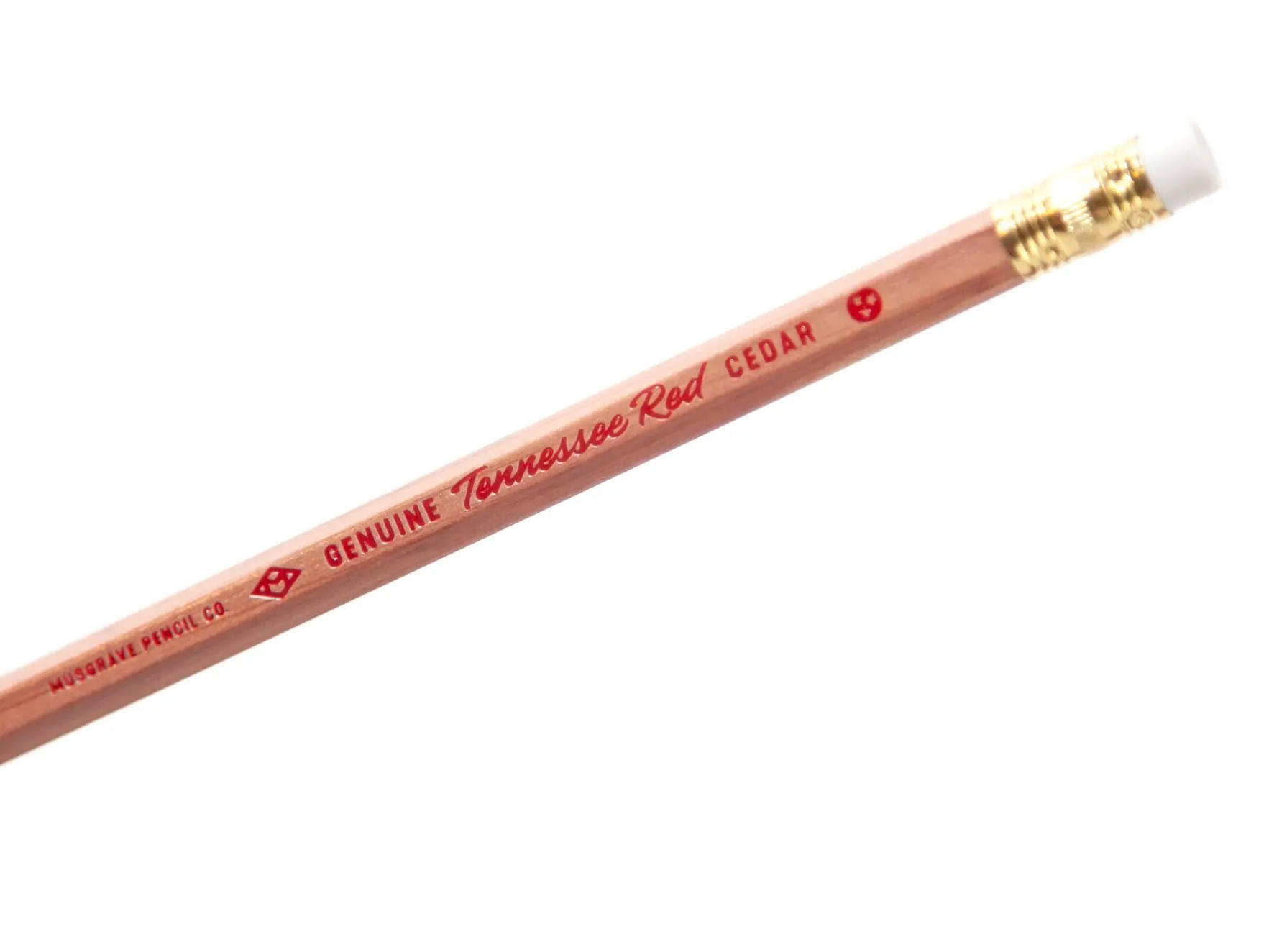 The name was more of a no-brainer, as we’d internally called the pencil prototype “The Tennessee Red Cedar Pencil” for months. By the time we came to the design phase, the name “Tennessee Red™” just came to us. It is worth noting that we did not give this pencil a customer-facing number. Just like the greats who go by first name only, we believe this one and only pencil needed no number to be differentiated from its pencil contemporaries. And while it’s not technically a mononym (á la Beyoncé, Madonna, or Prince), perhaps we could dare call this hardworking American classic “The Boss” of pencils.

As for design, we did an initial run with a shiny red imprint of a large “T” and smaller imprint font. We decided this felt too small, and the shine made it hard to read. We increased the font on the final pencil, chose a matte red imprint, and, like all good clients, we made the logo bigger. This better filled the frame of the hex for easy reading and gave it more of the classic look of our other iconic pencils.

A comparison of our original imprint (top) and the revised, final look (bottom)

The Red’s simple matte clear coat showcases the gorgeous cedar. You’ll also notice in your batch of pencils that the shade and grain vary quite a bit, and in some cases, you’ll have a dark and light cedar sandwiched together.

These have been a big seller the past three months, with many people purchasing them in our cedar boxes. We are so thrilled at the excitement around this truly unique pencil.

And while we hate to end this post with a foreboding “get it while it lasts,” we will say this first batch of Reds is coming to an end. We’re hopeful in securing additional slats in the future, but we just aren’t sure when. Stay tuned….

Special thanks to all the customers who have purchased the Tennessee Red and given it such wonderful feedback.